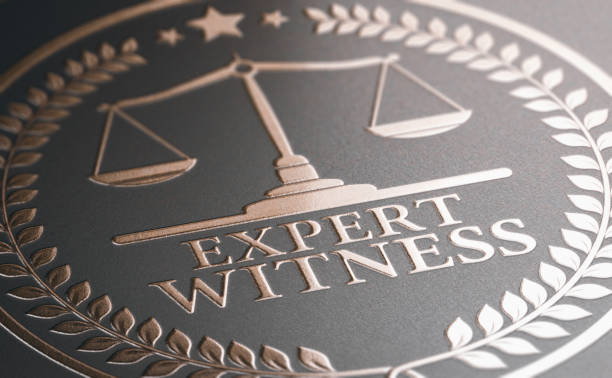 Expert Witness Economics, when the defendant(s) have no testifying experts.

LaMasa v. Bachman, 2005 NY Slip Op 50882U; 8 Misc. 3d 1001A (N.Y. Misc. 2005). “Without proffering any economist to refute Dr. Leiken’s assumptions, calculations and projections on behalf of plaintiffs, defendant’s challenges to the past and future lost earnings awards rest on a selective and skewed analysis of the testimony, expert and other, thus the jury awards were fair and reasonable.”

Hernandez v. 1010 Company, 2009 NY Slip Op 52618U (N.Y. Misc. 2009). In rejecting an appeal by defendants, the Court said: “The Court notes that defendants failed to call their own economist to possibly challenge plaintiff’s economist’s calculations. His testimony, along with the record of plaintiff’s record of earnings, and plaintiff’s medical testimony were sufficient to justify the jury’s determination of earnings and to survive defendant’s challenge.” The court went on to say: “The award for economic loss is sustained with one exception. As stated above, plaintiff produced the plaintiff’s W-2 statements and FICA earnings statements from which his expert economist arrived at his projections. For the cost of replacement of the plaintiff’s insurance policy, the economic report multiplied the plaintiff’s earnings by 14% without any evidence of the contents of the insurance policy or the amount of premium the plaintiff paid. The evidence, therefore, was insufficient to make such a determination. Accordingly, the damages must be reduced by the product of that 14% calculation.”

Meehan v. Johns, 2005 Ohio 3707 (Ohio App. 2005). The Ohio Court of Appeals affirmed the decision of the trial court to grant prejudgment interest to the plaintiff, pointing out that the defendant failed to provide its own expert on either liability or damages. The court said: “Furthermore, the adjuster [for State Farm Insurance] knew that the stakes were higher than his offer indicated. The adjuster was aware that plaintiff’s expert economist testified that plaintiff’s future “lost income would be $120,000 to $190,000.” Tr. 31. Again, defendant had no expert to rebut this testimony.”

Molina v. City of New Orleans, 830 So. 2d 994 (LA App. 2002). This was a decision in an appeal by the City of New Orleans that the amount awarded to the Molina children ($142,638.83 each) was “abusively high because the testimony regarding Roberto Molina’s lost wages was completely speculative.” The court disagreed, saying: “Expert economist Dr. Kenneth Boudreaux testified that the combined total loss of support, both past and present, to the Molina children was $285,277.00, nearly exactly the amount awarded by the trial court. Dr.  Boudreaux’s testimony was uncontradicted, and was based upon Mr. Molina’s two most recent tax returns showing an average annual income of approximately $7300, plus the testimony of Ms. Zulli and Mr. Molina’s father that Roberto had typically earned an additional $8,000 to $14,000 a year in unreported income by oystering, shrimping and boiling seafood. It is well settled that a plaintiff’s uncorroborated testimony is sufficient to prove lost wages as long as the testimony is uncontradicted and reasonably establishes the claim.”

Johnson v. Court of Appeal, 946 So. 2d 682 (LA App. 2006). One of the issues in the appeal in this matter was the fact that the jury had awarded no damages for the loss of support and services of Sharon Baham to her husband Keith Baham following her wrongful death in an automobile accident. The parties had stipulated that if Dr. Douglas Womack, an economist, would have testified, “the total loss of services to the family and future income or future support of Mrs. Baham would be $193,000.”  The decedent’s W-2 records had been introduced into evidence. The court cited Molina v. City of New Orleans, 830 So. 2d 994 (LA App. 2002) as saying: “It is well settled that a plaintiff’s uncorroborated testimony is sufficient to prove lost wages as long as the testimony is uncontradicted and reasonably establishes the claim.” The court therefore amended the jury’s verdict to award Keith Baham $193,000 for the loss of his wife’s services and support.

Large v. Mobile Tool International, Inc., 2007 U.S. Dist. LEXIS 55463 (N.D. Ind. 2007). This opinion and order of Judge William C. Lee rejected defendant’s motion for summary judgment with respect to a number of issues. One of those issues was that “Large’s claim for future wage loss fails because he has not identified a forensic economist and has not identified any witness who will present admissible testimony regarding a present value calculation of his future economic loss.” The plaintiff identified Mr. Peder Melberg, a vocational rehabilitation expert, regarding future economic loss.  The opinion identified the methods uses by Melberg, which did not include a reduction to present value. Judge Lee held that Large had presented sufficient evidence to meet his initial burden, that the defense was free to demonstrate the weakness of Melberg’s opinions, that 7th Circuit law did not require reduction of a loss claim to present value, and indicated that the defendant could challenge Melberg’s credentials in a Daubert hearing. Judge Lee added: “If the defendants desire present value calculations, the better reasoning is to require them to present such evidence.” “Them” in this context appears to refer to the defendants.  This decision suggests that the burden for showing inadequacy of a plaintiff’s economic expert falls on the defendant in a way that almost requires that the defendant proffer an economic expert.

Crane v. Larocca, M.D., 2005-0283 (La. App. 4 Cir. 01/18/06; 2006 La. App. LEXIS 588 (La. App. 2006). See under Basis Income and Fringe Benefits for more details.  “The PCF did not put on the testimony of any expert witness to contradict these calculations. Although we recognize that the PCF’s position is that Crane is able to work, we accept the jury’s determination that he is unable to work and find that the award for lost wages is consistent with the expert testimony presented to the jury.”