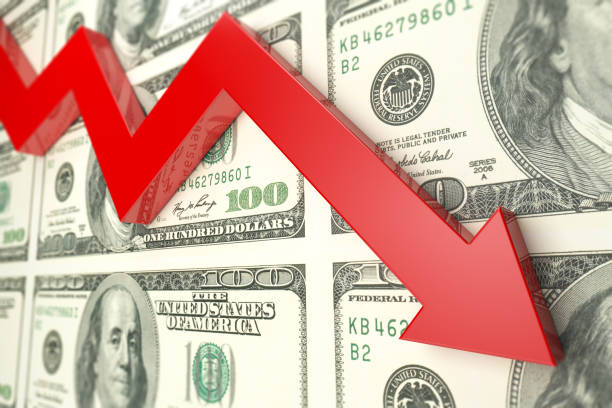 Recessions and Money Velocity in the US

In the United States, a recession is typically defined as a period of economic decline that lasts for at least two consecutive quarters. A recession is often characterized by a decrease in GDP, an increase in unemployment, and a decline in housing prices.

Recession is typically calculated as the period during which gross domestic product (GDP) falls below its previous peak. This can be caused by a variety of factors, including a decrease in consumer spending, an increase in imports, or a decrease in government spending.

Money velocity is a measure of how many times a unit of currency is used to purchase goods and services within a certain period of time. It is calculated by dividing the total value of all transactions by the total amount of money in circulation. During a recession, money velocity typically decreases as people hoard cash and reduce their spending. This can further exacerbate the effects of the recession, as businesses see a decrease in revenue and are forced to lay off workers.

In the United States, recession is often accompanied by a decrease in money velocity. This is because people tend to spend less money when the economy is weak, and instead save or invest their money. This decrease in spending can lead to a decrease in economic activity and further weaken the economy.

The correlation between Recessions and Money Velocity

In the US, the money velocity has been declining since the early 1990s. This is one of the reasons why the US has been experiencing a slower economic growth.
There are a number of reasons why the money velocity has been declining. One of the reasons is the aging population. As people get older, they tend to spend less. Another reason is the increased use of technology. People are using credit cards and debit cards more often, which means that there is less cash being used.

The decline in the money velocity is one of the reasons why the US economy has been struggling in recent years. It is important to understand this concept in order to understand the current economic situation in the US.

Read about the Yields on the US bond